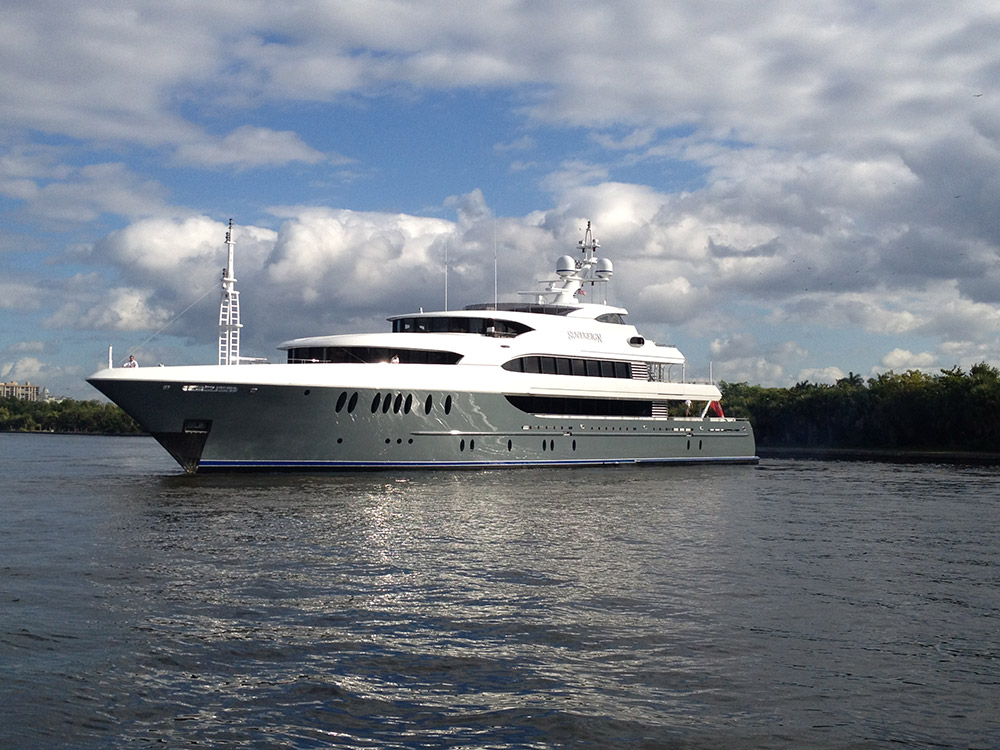 NE1 Newcastle City Marina is gearing up to welcome the first ever visit from a Superyacht, which is due to remain in Newcastle City marina for up to a week.
The Motor Yacht, Sovereign, is due to dock on Monday afternoon with a Millennium bridge tilt at 6pm.

The privately owned yacht was built by Newcastle Marine of Florida and ranks among the largest private yachts constructed in the United States.  It will be the first ever Superyacht to sail into the Tyne.

She was completed in September 2011 and has already covered over 25,000 miles, having crossed the Atlantic three times.

Sovereign has accommodation for up to fourteen guests in six sumptuously appointed staterooms, and a full-time compliment of twelve multi-national Crew, under the command of Newcastle (Geordie) native, Captain Dale Smith.

Sovereign is part-way through her summer 2014 itinerary, which will see her visiting ports throughout the UK, Scandinavia and the Baltic, after which she will return to her winter base in Fort Lauderdale, Florida.

Adrian Waddell, Director of Operations at NE1 Ltd said:
“We’re delighted to be able to extend a warm welcome to the first ever Super Yacht into Newcastle it is nice to have a bit of the Monte Carlo effect in the North East. We sincerely hope the owners and crew enjoy their stay in the North East’s regional capital and that people enjoy seeing such a fantastic vessel moored up on the Tyne, the first of many we hope.”